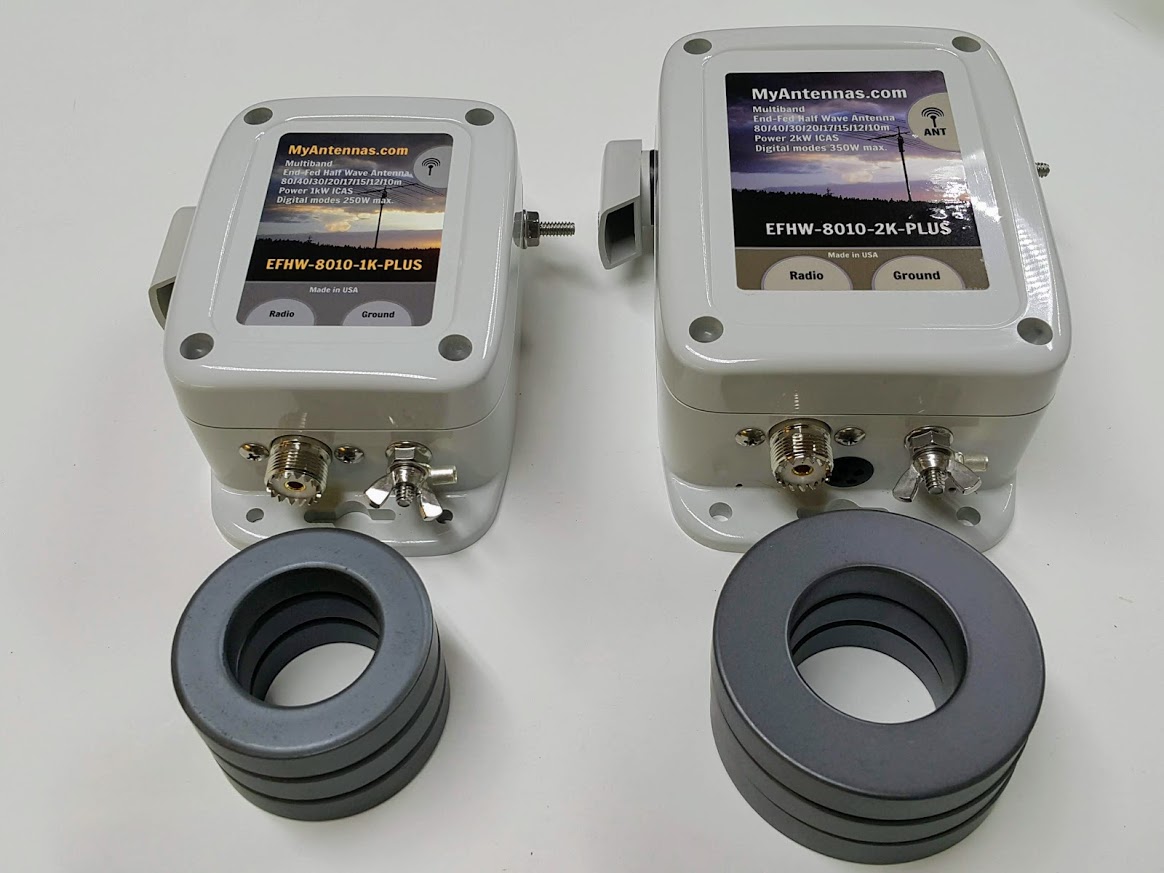 Ever since March 2015 when we started to market the High Ratio/Wideband transformers for EFHW antennas the work on R&D (Research & Development) never stopped. The number of limitations in the design of 49-81:1 ratio of impedance transformation over large HF frequency spectrum (1-30MHz) was challenging and final designs are always some sort of compromise. The market demands and drives the constant improvement of power handling, lower insertion loss, and better match to a single Half wave wire and its multiples. We reached some of the market demands and some of them are still limited by rules and mechanics of how these wideband/high ratio transformers operate.

Unlike some of the “copycats” and number of amateurs, who were trying to tap into the market by marketing inferior designs with huge losses and fake flat SWR plots based on increased losses, we are the only ones providing the real measurements of insertion losses of our transformers which are unmatched by anyone.

The losses in the range of 2-10% (~0.1-0.5dB) of our transformers compared to other various similar ones with losses of 15-35% (~0.7-2dB) makes a MyAntennas.com (Euroxpress Corporation) a worldwide leader in the design of very complex high power/ high ratio/wideband RF transformers.

Notice!! Due to huge demand , the shipping is delayed . See our Shipping policy at main menu link "SHIPPING" Dismiss