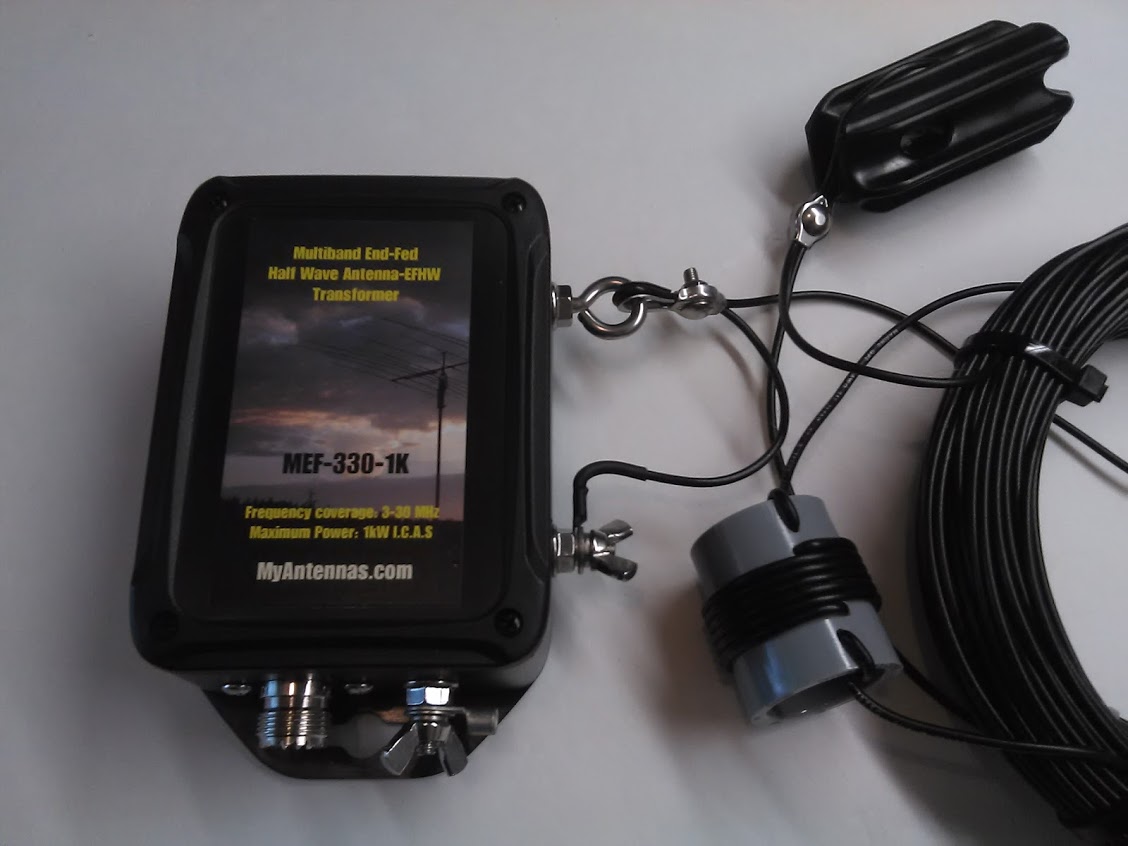 Is this the ultimate ‘magic’ antenna for HF? This is the question I found at some forum topic named “Smoke and mirrors, or electro-magic”

Well, until all popular antennas such as G5RV, ZS6BKW, CHA-250, 43-foot verticals, End Fed long wire with 4:1 or 9:1 UNUNs, Open wire Doublets, Skyloops, etc. magically evolve into 8 band resonant antennas with VSWRs of 2:1 or better across all 8 bands, with matching loss (insertion transformer loss) averaging at -0.66dB from 80 thru 10m….then…

There is no BIG secret about the EFHW-8010 antenna, it is just a wideband low loss transformer and a piece of wire. Yes, there is a coil a few feet from the box but it is NOT TRAP, it is no secret as well, actually, everything in this antenna was published and patented by few people a long ago. First, my countrymen, Nikola Tesla patented this transformer almost 120 years ago in 1897, then another HAM, Josef Fuchs, OE1JF patented a half-wave radiator with a variation of the Tesla transformer almost 88 years ago in 1928.

Various versions of End Fed Half Wave-EFHW dipole antennas ( some with a very high matching loss) were introduced by radio amateurs in the last 80 years including mine with the best-designed broadband transformer and “Compensating” coil. This small coil is almost invisible at 80 and 40m bands but due its position and value make a nice impact on the current distribution on high bands.

Well, this small coil makes the wire look longer on high bands, therefore moving a resonant point of 6th, 7th, and 8th harmonic within amateur radio bands. Simple and effective. Oh, by the way,  I was not even born when this technique was published in many amateur radio publications. I simply love to implement known old techniques into new designs. It was published in Karl Rothammel’s antenna book, DM2ABK, Y21BK.

So, in the end, I am sometimes puzzled how HAMs tend to glorify some mediocre antenna designs but quick to dismiss good ones. I wonder what would be the next big mystery about the EFHW-8010 antenna. I guess it is time for a “Counterpoise” mystery. In the meantime ask yourself (and Google), does a resonant circuit such as half-wave resonator needs “extra circuit/counterpoise” to operate.